Rwanda's Minister of Environment, Vincent Biruta, has visited a range of Rwanda Green Fund (FONERWA) investments to assess their progress and to meet beneficiaries. During the two day tour, the Minister visited three district-based investment projects that are building resilience to climate change through livelihoods development and landscape restoration in the Upper Nyabarongo catchment area.

In Muhanga District, Manager of the Congo Nile Ridge Foothills Integrated Environment Project, Pamphile Bakundukize, introduced the Minister to some of the 600 people who are employed in green jobs managing 21 intensive agriculture greenhouses. Three of the greenhouses are located in each of the seven sectors where the project is working, and are supporting 18 rural cooperatives to practice climate smart agriculture.

The Minister was also joined by the Mayor of Muhanga, Beatrice Uwamariya, to visit Rongi and Kabacuzi sectors and inspect 90 of 795 hectares of forest being planted and rehabilitated across the district. They also visited some of the 212 hectares that have been planted with improved banana crops and the rehabilitated Rukore water source, which now serves 8,000 people.

Rehabilitation of Biodiversity and Ecosystems in Nyabarongo Watershed

In Ngororero, the Minister visited the Rehabilitation of Biodiversity and Ecosystems in Nyabarongo Watershed investment, which is improving the health of Rwanda’s largest river, Nyabarongo, through landscape restoration. Under the project, which began in December 2016, more than 350 hectares of improved bench terraces have been constructed, more than 50 hectares have been planted with agroforestry trees and 930 farmers have received cassava and wheat seeds to help them cope with climate change.

As part of the investment, 14,000 fuel efficient cookstoves are being produced by a local youth cooperative in an effort to reduce deforestation. Speaking to the young people employed to build the cook stoves, Minister Biruta encouraged them to take the opportunity provided by the fund’s investment and continue their work, even after the project has come to an end.

“I encourage you to continue the good work you are doing here. When this project comes to a close, you will have new skills which you can use to improve your lives. I also encourage you to put the money you are earning into a savings and credit cooperative and work together to start new businesses,” Minister Biruta said.

Later in the day, the Minister inspected some of the more than 480 hectares of radical terraces in Kabaya Sector that have been planted with maize.

On day two, Minister Biruta visited the Integrated Green Village Project in Karongi District, which is reducing the vulnerability of 854 households to environmental challenges, building resilience against environment and climate related pressures and improving livelihoods.

The tour of Rwanda Green Fund investments was the first since Minister Biruta was appointed to the newly created Ministry of Environment. 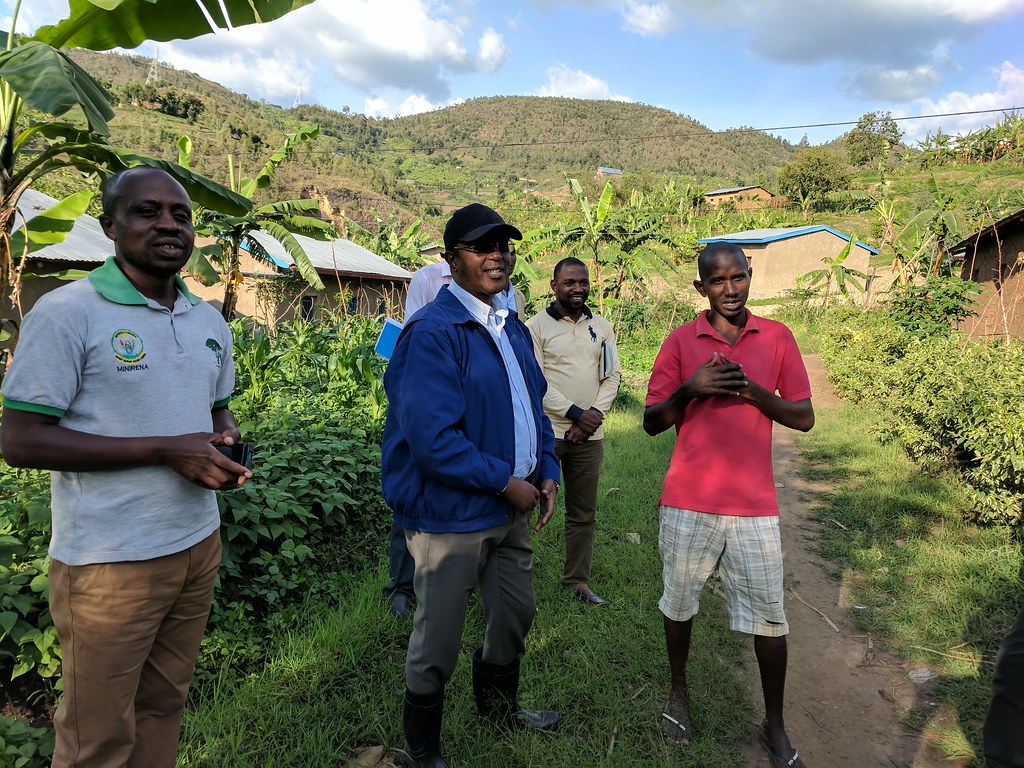